A nice way to end the wargaming year.  This show always has a good selection of traders and there were seemed to be more games on offer this year.  We managed to run through our fictional Clifton 1475 scenario four times; with Strickland winning each one.

Next to us was a 2mm scale Napoleonic game using the Blucher rules, run by the Chesterfield group 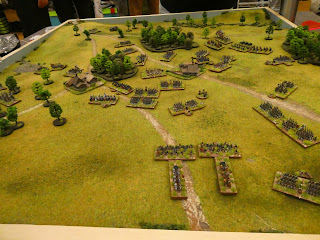 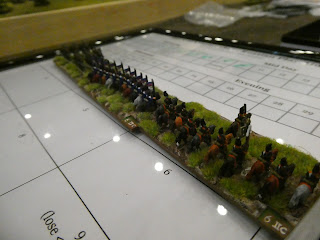 Nearby was another 2mm game, by James Mitchell, this time featuring Culloden and using a gridded map 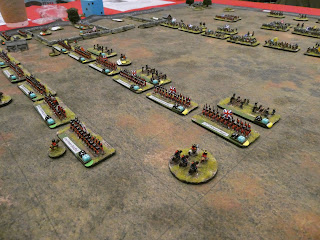 Warlord Games had a large trade presence, but also ran participation games of their rule sets, the "Black Seas" one caught my eye 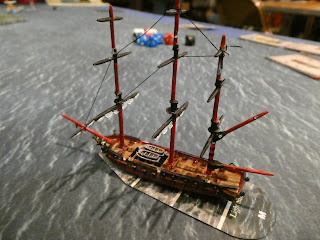 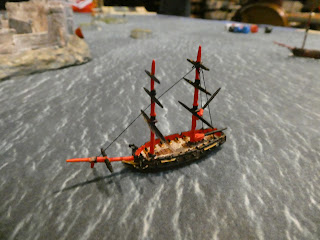 Upstairs was another naval game using the Blood and Plunder rules, run by the Ribble Warriors. 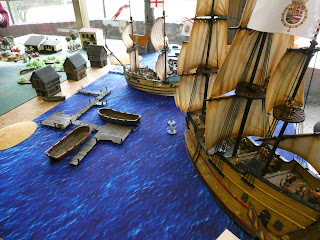 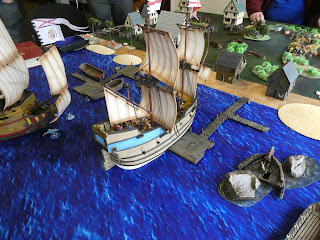 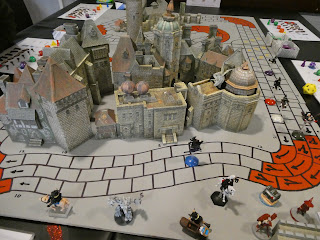 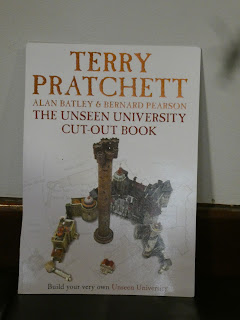 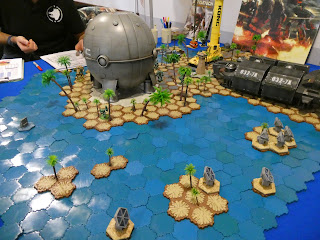 One trade stand that caught my eye was that for Irongate Scenery.  Their 3D printed scenery is very impressive 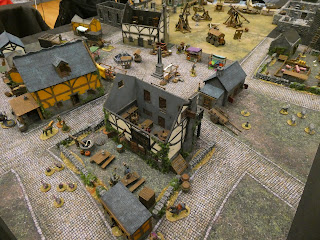 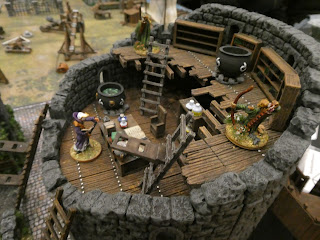 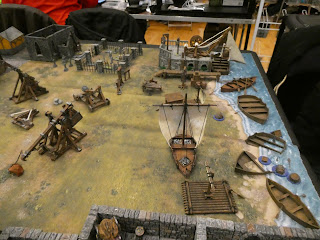 Many thanks to Bob, Dave, Lynne, Steve and Will for help with the game.  Also to John, who joined us to try out the rules and stayed for a second game!

More photos can be found on Will's blog and a video of the games on you tube
Posted by wargame amateur at 19:17 1 comment:

This Saturday's Recon Show at Pudsey will be the last for this year.  Steve and I will be on the Lance & Longbow stand with a 'Lion Rampant' game.  We had a quick run through the scenario yesterday, just to reacquaint ourselves with the rules.  It is our Clifton 1475 game which we ran at Britcon in August.  Various family commitments have interrupted our usual routine of games of late so it was good to get out some figures and roll the dice.  Mind you, Steve had some unkind words to say to the 'purple cubes of doom' when his archers seemed reluctant to shoot at my advancing spearmen.  If you attend the Recon show, please drop by the Lance and Longbow stand to say hello; perhaps even join in a game?

Even though we didn't manage a game for a few weeks, I did finish a book I spotted on the shelves of the local library. 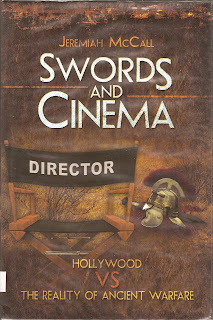 Readers of my blog will know that Ancient battles do not tend to feature, but having seen the films 'Gladiator', 'Troy' and 'Alexander' which are all discussed in the book, I thought I would give it a try.  The author investigates the way in which Hollywood presents ancient warfare and points out the obvious mistakes they make.  However, he does give credit when the film makers get it right and so the book may be of interest to those who recreate ancient battles
Posted by wargame amateur at 11:10 1 comment: